The Hubble space telescope has been orbiting the earth for three decades now, and will be soon retired. If all goes according to plan, the Webb Space Telescope — which was launched into orbit last December — will become fully operational in about a month’s time, and it will be able to view objects too old, distant and faint for ol’ Hubble.

But what an adventure that telescope took us on.  The Atlantic magazine gathered 25 of the most spectacular images that Hubble captured (and which you can see HERE).  My personal favorite depicts the Monkey Head Nebula in the constellation Orion, a mere 6,400 light-years away. According to the Atlantic, “the nebula is a violent stellar nursery, packed with the ingredients needed for star formation. However, the recipe for cooking up new stars isn’t very efficient, and most of the ingredients are wasted as the cloud of gas and dust disperses. This process is accelerated by the presence of fiercely hot young stars, which trigger high-velocity winds that help to blow the gas outward.” 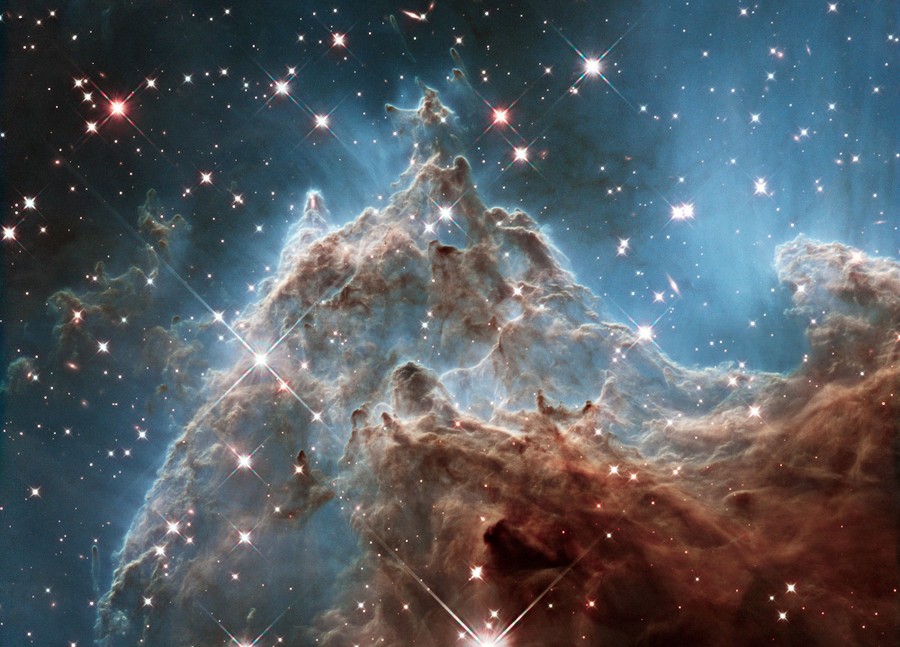