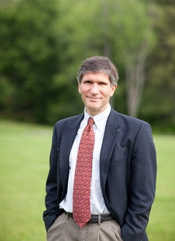 The news and social media want eyeballs, and what draws eyeballs is bad news. Which may explain why you may not have heard a couple of pieces of very good news.

– According to a study recently released by the American Cancer Society, deaths due to cancer declined by 33% between 1991 and 2022 (the equivalent of 3.8 million cancer survivors), while the five-year survival rate increased by two-thirds. In the single year between 2019 and 2020, cancer death rates dropped 1.5%, while the deployment of the HPV vaccine was correlated with a 65% drop in cervical cancer rates from 2012 through 2019 among women in their 30s.

– Meanwhile, in 1989, there were about 1 million cases of the truly nasty Guinea Worm parasite (which you can read about in more detail at its Wikipedia page HERE). In 2022, there were a total of 15 cases, almost all of which occurred in Chad.

Guinea Worm is on the cusp of becoming just the second infectious disease to be eradicated from the planet, after smallpox.