Michael Copp was driving through nearby White River Junction Sunday morning when he happened upon a bald eagle, lying in the middle of the road, seemingly out cold. The bird did not seem dead, and Copp surmised that it may have been struck by a vehicle as it swooped down to grab itself from carrion from the street. The bird began to recover slowly, and when it tried to roll over, Copp had the presence of mind to throw the animal a sweater he had in his car. “I was told by a professor once that if you give them a towel it helps them stand up,” he explained.

It took the majestic bird fully thirty minutes to recover its senses, but eventually it spread its wings and flew off, seemingly returned to its original state of health.

I love stories with a happy ending. 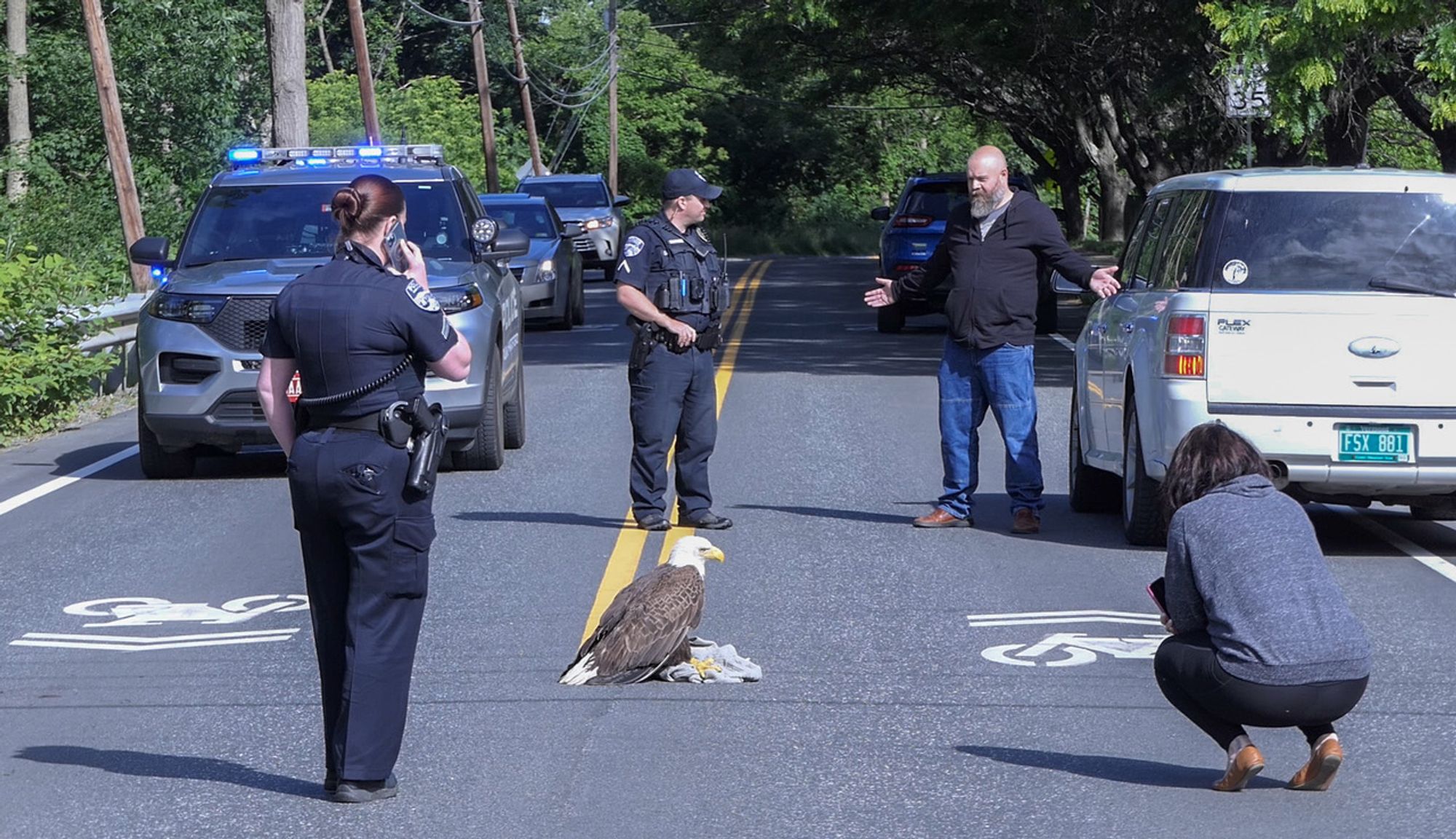